Think bright, crisp autumn apples with fizz and just enough alcohol (5%) to make it interesting.  Baby, this isn’t the apple cider of your youth.

On the nose it's all applesauce with a hint of cinnamon and honey and a freshness that reminds you of a basket full of fresh autumn apples.  And at only 5% alcohol, it's a cider you can enjoy as an aperitif or with hearty fall dishes.  Try it!

Be sure to read more about this cider in the Description section below. 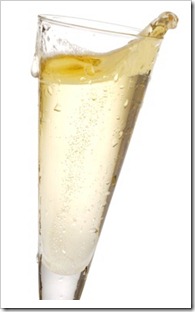 If you like a crisp, lightly-sweet Prosecco, you’re going to love Maley Mont Blanc Cidre (also called Sidro, but it’s a cider all right).

Think bright, crisp autumn apples with fizz and just enough alcohol (5%) to make it interesting.  Baby, this isn’t the apple cider of your youth.

Gianluca Telloli, a native of the Valle d’Aosta in far northwest corner of Italy and a leading enologist there, got a call several years ago to scout an area to plant some new vines. What he found instead were centenarian, largely abandoned apple trees bearing mostly forgotten antique apple varieties.

Bringing back the past.

Inspired by these ancient trees and by the wildly delicious French ciders of Eric Bordelet, Gianluca quit his winemaking job to rediscover the ancient tradition of Sidro. He gathers all of his fruit from abandoned orchards planted at 3000-4500 feet, half of them in the French Alps surrounding Chamonix and half in nearly-deserted Alpine towns in the Italian Alps. 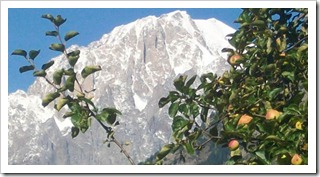 It’s a crazy project of passion — a ‘recupero’ (recovery project) that has the border police checking his passport on both sides of the Mont Blanc tunnel.

The name “Maley” comes from both an old local name for apple (Malus in Latin) and one of the pre-20th century names for Mont Blanc (Mont Malais). Maley is Gianluca’s revival of an old Valdostano tradition of cider-making that Mussolini quashed in the 1930s. The few remaining cider outlaws stopped producing in the 1980s. Maley is currently the only commercial producer of cider in the Valle d’Aosta.

Made from the antique apple varieties Raventze, Coison de Boussy, and Barbelune.  Gianluca follows the old tradition of blending in a small amount of mouth-puckering Blesson pear for tannin and additional perfume in his Mont Blanc Cidre. The trees are never treated with chemicals. Fermentation is with native yeasts and nothing is added to or removed from the must or fermented juice. 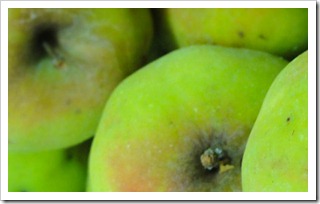 Once the fermented juice reaches about 4% alcohol, Gianluca bottles it, which enables the secondary fermentation to create the effervescence in the bottle, without disgorgement – the so-called “metodo ancestrale” of creating a sparkling fermented beverage. The alcohol level in the finished cider is 5%.

The very old, high-altitude trees, the blend of different antique apple and pear varieties, and the traditional production methods result in a cider that’s both refreshing and uncommonly complex. There’s an interplay of flavors, acidity, tannin, and fruitiness that will appeal to wine drinkers as well as to lovers of quality cider.

Like wine, Maley cider benefits from time in the glass. This Valdostano cider is traditionally consumed in a shallow earthenware bowl (bolée à cidre), but a red wine glass also works great. A sparkling wine flute is too narrow.

And if you’re still not convinced how passionate Gianluca & his team are for apple cider, check out this very cool video of the team sabering a bottle of Maley cider on the summit of Mont Blanc.  (Best viewed with a glass of Maley cider in your hand)