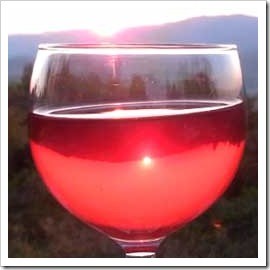 Chianti Classico is not just a DOCG zone, it’s a collection of crus centered around Tuscan towns like Radda, Castellina, Gaiole, Greve, Panzano, and Castelnuovo Berardenga. Some of the finest Chianti Classico and a personal favorite of mine is made just outside of Radda by vino purist Roberto Bianchi and wife Lis at their Val delle Corti estate.

Lorenzo Sieni, the President of the Florence chapter of the Italian Federation of Restaurant and Hotel Sommeliers, is a fanatic for Roberto’s wines, and he recently wrote a fine article on his recent tasting visit to Roberto’s cantina.  Lorenzo gave me permission to translate his Italian language blog post recounting his visit and tasting notes for Roberto’s latest vintages.

(P.S. If Lorenzo makes you thirsty for Roberto’s delicious Chianti Classico, take a look in our shop.) 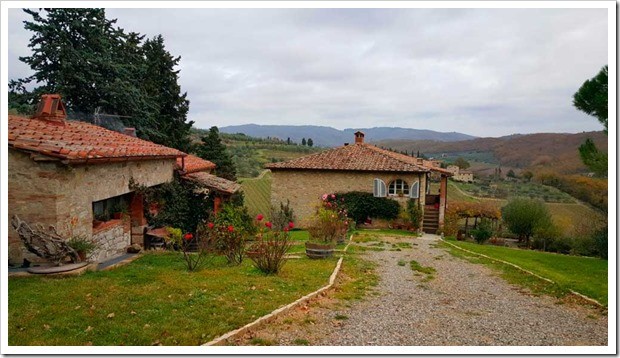 I fell in love with Val delle Corti in 2013 at the presentation of the annual l’Espresso wine awards event. As in every year, I was managing our delegation visit of 130 sommeliers and I happened to do some tasting of the wines being highlighted. I was truly amazed by the fact that a Chianti Classico Riserva had won an award based on the truly difficult 2011 vintage. That year's summer had been extremely hot and dry, to the point that some other popular winemakers like Martino Manetti at Montevertine, also in the Radda area, called out for rain to help revive the “shitty vintage” that was 2011.

Once I had tasted the wine, I could not believe the feeling of freshness that came with it. How could it have been possible to produce such a good wine despite the horrible 2011 season? Now, more than a year later, I've found the answers: I went to personally meet Roberto Bianchi and his team at the Val delle Corti winery.

Roberto greets us with 4 empty wine glasses saying "they'll be useful.” He introduces himself and takes us to the cellar where he clearly states that "you aren't in a boutique winery, but in a cellar where people really work and where wine is made with grapes." Nearby we meet Simone Mazzei, Roberto’s cellar manager. He immediately introduces us to the production style of the "pragmatic wines" of Val delle Corti, where the temperature is controlled, fermentations are long, and in the case of reduction, everything is transferred and "macro-oxygenated. So much for the style of Michel Rolland".

In the winery, Roberto and Simone have us taste two samples from the barrel, Starting with the future 2015 vintage that still contains some grape pomace. This Piemontesina is partly used in all vintages, and of course there is a greater amount of healthy skins in good seasons. These are left immersed for 3 or 4 months after the completion of the alcoholic fermentation and standard maceration. 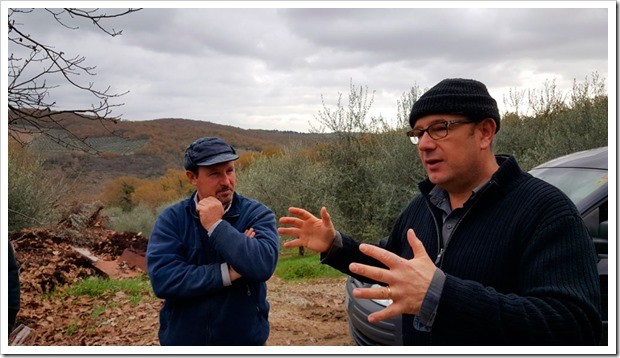 The wine we taste from the aging wood barrel is a future 2014 vintage, a year where a Riserva wasn't produced, just as in 2012. Roberto does not produce a Riserva in years when he thinks that the selection of his best grapes in the vineyard aren’t good enough to start a separate winemaking. When this happens, he takes the consistent and courageous choice of bottling everything as a basic Chianti Classico.

Roberto modestly tells us that the success of his wines isn't only due to the commitment and dedication of those who are involved in production, also a "good amount of luck is necessary.” In Radda, it wasn't easy to put mature wines in bottles before the 80's, since the terrain was very hard and the ripening time was long, in particular because of the North-East exposition of these vineyards. However, this position proved to be ideal for the excessive heat of the last years.

We start the tasting of the "generic" wines (formerly considered "table wines"), that have been downgraded to the lowest denomination "due to excessive bureaucracy." While Roberto prepares the bottles, we ask him if he's ever thought about putting a Super Tuscan in his line. "Who??" he answers in a provocative and ironic tone.

The vintage of the rosé wine is 2014, though it doesn’t show on the label. The color is very intense, almost red, because of the long maceration times in a year where the process was even faster than usual. Cherry and berries. A large, chewy sip with strong acidity. It would go well with last Sunday's cacciucco fish stew.

This wine is also a Sangiovese from the 2014 vintage. Even though it hasn't been refined, it presents a clear and elegant spiciness. A "typical pepperiness of all the wines by Val delle Corti," comments Simone. Clear and clean aromas. Non-aggressive tannins that still clean the mouth. "A wine that goes well with bread and salami, maybe the soft ones," says Roberto. Perhaps not too salty, I would add.

This wine seems very timid, probably because the bottle that has just been opened, but its good character develops in the glass over time. Beautiful fruit and very long aromatic depth, it reminds me of a forest floor in Spring, wet and pleasant. An absolutely satisfying and enveloping sip with an almost explosive aftertaste. Over time the glass is enriched by a balsamic character that excites me. The fruit is rich, typical of a hot season, but it is still elegant.

The 2013 has even more spiciness evident on the palate. The freshness of the vintage shows itself in a well-marked floral taste, very Chianti-, very Radda-like! The balsamic notes on the palate are deep and complex. The wine is still very nervous in the mouth, its acidity makes it bounce from one part of the palate to the other, like a pinball, with a very tasty finish. I have a particular fondness for the 2013 vintage of Chianti, and for impetuous characters like this one. The 2013 Chianti Classico is a wine that currently needs to be matched to something in order to find balance, but the best thing to do is to let it rest a few years in its bottle.

This was love at first sight.

Roberto uncorked one of his last bottles. Richness and complexity, but above all elegance and cleanliness. All the different aromatic components are in perfect harmony. Rich and fruity finish with a charge that adds complexity.

Roberto and Simone reveal the secret of this wonderful result of a difficult year. In the early days of June it wasn't possible to shear and re-order the branches of the vineyard as they were very fragile because of a strong hailstorm at the end of May. Other adverse conditions obstructed the operation over the following months so that “the vineyard looked like a forest that year. My colleagues were making fun of me."

But in the hot and dry months that followed, that sort of "involuntary tenting” of the grapes offered shelter to the bunches and preserved acidity and freshness. "It took two years to bring the vineyard back to normal conditions,” says Roberto, “but that year went well. As I said, sometimes you need to be lucky." 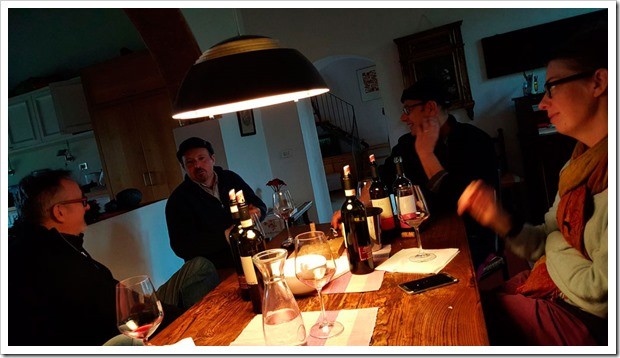 "Here in Val delle Corti we have few but deep obsessions, and one of them is cleanliness of the wine," says Roberto.

Indeed, the wines are all very clean from the organoleptic point of view, they are tasty and absolutely fresh. "Rawness and freshness are the characteristics that best represent us," he tells us. Despite the increasingly vigorous and vibrant acidity, the wines are never unbalanced. A light and never too excessive softness manages to balance even the youngest vintages (here the role of the Piemontesine becomes clearer).

I return home knowing that my initial questions were answered, and that I've understood the exceptional nature of some of these wines. Before leaving we decide to buy a few bottles for a delegation dinner, our opportunity to share the experience and the personality of Roberto and Val delle Corti. 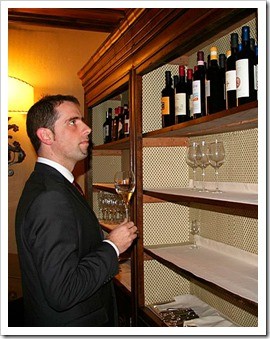 Lorenzo Sieni is the President of the Florence chapter of the Italian Federation of Restaurant and Hotel Sommeliers, and is a true wine lover with an entrepreneurial spirit and a penchant for new technologies, yet he still finds time to tend a vineyard and small family wine business just outside the tiny Chianti town of Montefioralle.

The Deep Obsessions of Val delle Corti was last modified on May 30th, 2016 by Michael Horne