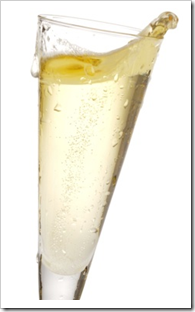 Gianluca Telloli is a wine maker with a passion for apples.

Gianluca was on a scouting trip one bright, crisp fall day in 2011, high in the Valle d’Aosta mountains along the northwest Italian border with France.  He was looking for new land to plant grapes and expand his vineyard, when he unexpectedly ran across an abandoned apple orchard.

Straddling the French-Italian border, here were dozens of acres of long-forgotten 100-year-old apple trees. These were no ordinary apples. Here were trees abundantly adorned with Raventze apples. And Coison de Boussy apples. and Barbelune apples.  All were antique varieties that had long been abandoned by the market, and certainly not something you could use today.

Unless you make hard cider with them.

Bringing history back to life.

Inspired by the ancient and magnificent apple trees and local cider making methods from the early 1900’s, Gianluca put his wine making job on hold to rediscover the ancestral art of making “sidro” (also called cidre in the local dialect & pronounced “SEE-dray”). 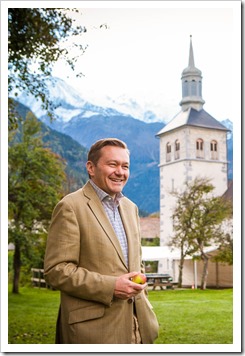 The locals thought this recupero (recovery) project was crazy, and the Italian & French state police were puzzled by his traipsing back and forth across the border to collect mountain apples, half of which are in France and half in Italy.

But there was a method to Gianluca’s madness, and today we can taste an apple cider unlike anything else on the planet.

Forget what you know about American apple cider, that super-sweet apple juice that kids suck out of a box. Gianluca and the boys are making hard cider.

There was a time some 75+ years ago when villagers in the Aosta Valley would make a simple hard apple cider each Autumn to share with family & friends. It went well with the local food and was a great source of calories & nutrients to help one get through the long, cold winters – and the source of a few extra Lire when sold to other villagers not blessed with apple orchards. 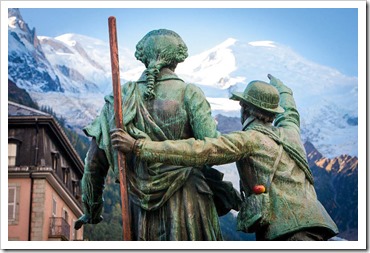 The Aosta region has a very heavy French influence, both in the language and the local customs. Back in the 30’s & 40’s Benito Mussolini wasn’t too keen on the locals and their rather French-influenced ways. That included their penchant for making Cidre.

Like any good Fascist leader of the time, Mussolini was a fan of supporting anything purely Italian and stamping out anything even remotely foreign. Italians make wine, they don’t make cider. Only the French make cider. Or so went Benito’s thinking.

So, to help the Italian wine industry flourish (and eliminate competition), Mussolini decreed a new law that banned the manufacture of any fruit-based alcoholic beverage with less than 7% alcohol.  Hard apple cider tends to come in around 5-6% by volume, and so literally overnight the Italian hard apple cider industry was crushed. 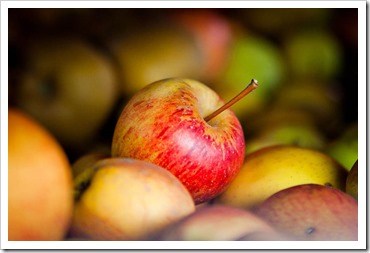 Fast forward 75 years to a newfound respect for Cidre traditions, and you’ll find a sudden resurgence in Cidre making among the farmers and families living in the Valle d’Aosta. Gianluca is leading the charge to bring beautiful, elegant Cidres from this remote corner of Italy to wine & cider lovers everywhere.

Respecting tradition and the elders, the local farmers of the Saint Marcel community have kept their cider making elegantly simple. Gianluca knew better than to tinker with these ancestral methods. 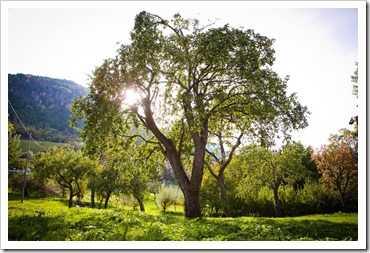 Hand-selected Raventze, Coison de Boussy, and Barbelune apples are chopped and pressed in a roller press, and the fresh apple must is decanted and collected in a large barrel. Gianluca follows the old contadino tradition of blending in a small amount of mouth-puckering Blesson pear for tannin and additional perfume. Fermentation of the apple juice starts slowly and naturally from native yeasts occurring in the surrounding environment.

Once the fermented juice reaches a level of 4% alcohol, Gianluca bottles it. At this point the yeast aren’t quite done partying yet, so this early bottling enables a secondary fermentation to create a silky effervescence in the bottle, without disgorgement – the so-called metodo ancestrale of creating a sparkling fermented beverage. The alcohol level in the finished cider is 5%. 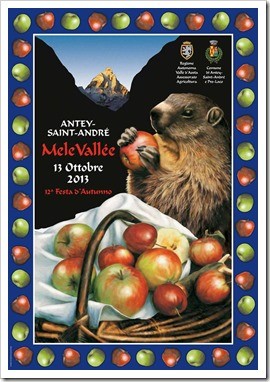 Forget about those watery or vinegary American hard ciders made from lunchbox apples. This is a cider for wine lovers.

Maley Mont Blanc Cidre has an elegance that can only come from antique apple varieties with a gentle cider maker’s hand.

On the nose it’s all applesauce with a hint of cinnamon and honey and a freshness that reminds you of a basket full of fresh autumn apples. The bubbles are microscopic and caress the tongue, resulting in a silky, off-dry finish. And at only 5% alcohol, it’s a cider you can enjoy anytime of year and without worry of imbibing too much.

Maley Mont Blanc Cidre pairs wonderfully with a creamy brie, Fontina, or a Pont L’Eveque. Like many sparkling dry wines, this Cidre is divine with tiny Kumamoto and Olympia oysters; the very light sweetness of the Cidre compliments the briny sweetness of the oysters.

If you’re a fan of savory dishes, Maley Mont Blanc Cidre pairs very well with braised chicken, duck and rabbit, especially if the dish is braised with the Cidre.  For dessert, it pairs very nicely with apple pies and tarts.

For me, I’m happy to drink it as an aperitif.  It’s light, very refreshing, and perfect for warm spring & summer evenings with friends. 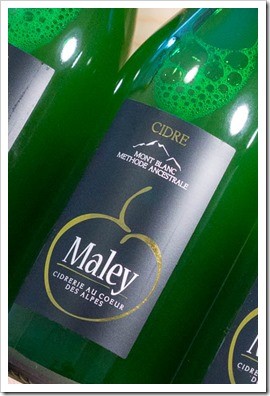 Like wine, Maley Cidre benefits from time in the glass. This Ancestral Cider is traditionally consumed in a shallow earthenware bowl (bolée à cidre), but a red wine glass also works great. A sparkling wine flute is too narrow.

Taste the Ancestral Bubbles for yourself.

If you like the taste of apples and you love wines, you owe it to yourself to try Gianluca’s wonderful creation. Prosecco fans adore this wine for the taste, the bubbles and the price.

Surprise your friends by popping a bottle of Maley Mont Blanc Cidre and watch them oooooh and ahhhhh – and be sure to have extra bottles on hand. Trust me on this – you’ll need them.

Just for fun, we’re throwing in 10% savings for Wine Journal Subscribers when you buy 6 or more bottles of Maley Mont Blanc Cidre now through Easter, the 20th of April 2014. Just click the big green link below and make sure you enter the above coupon code during checkout.

Can’t read the above coupon code? You need to be a Wine Journal Subscriber! Click here to subscribe.

And if you’re still not convinced how passionate Gianluca & his team are for hard apple cider, check out this very cool video of the team sabering a bottle of Maley cider on the summit of Mont Blanc.  (Best viewed with a glass of Maley Mont Blanc Cidre in your hand)